After their first experimental brew together, Chris and Michael continued to spend many nights drinking beers together after their brew shifts on each other's front porches here in Northern Colorado. Many owl sightings continued, and the execution of Sanitas began to really take flight. Owls watched the two at each of their homes during these nocturnal business planning sessions. When they finally came across the large brewhouse, taproom, and patio space you are in now, they knew Sanitas had found its first home. To make that decision even more clear, an owl sat hooting in the treeline along the train tracks during the first night of taproom construction. As such, the owl forever became a symbol of formative moments for Sanitas.

Sanitas was formed around the principles of collaboration, connection, and community. In the days and years to come, our primary focus is using our history to build community through patios and pints. We're stoked to have you in to drink a beer, kick back on the patio, and join us on that journey. Cheers!

The Men Behind The Scenes 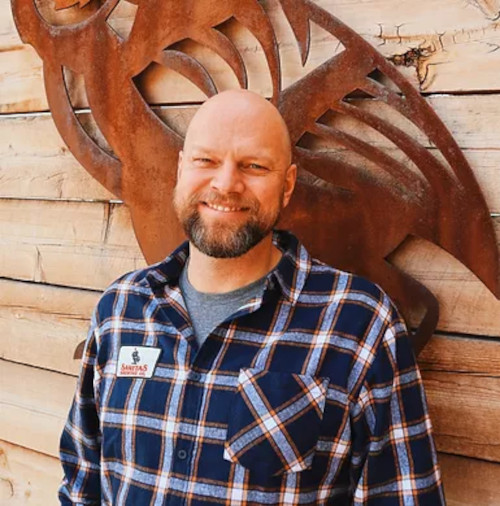 Michael fell in love with craft beer while a student at the University of Colorado. His passion for homebrewing led him to an opportunity in the early days of Oskar Blues in Lyons. He then spent the next 10 years as a professional brewer here in Boulder. Michael always dreamed of owning his own brewery and in 2013, he teamed up with his business partner, Chris Coyne, to open the doors of Sanita's Brewing Company in Boulder, CO.

With the opening of Sanita's, his love for a liquid grew into a love for teams and community. While his passion for beer runs deep, it’s the opportunity to grow the business, create bring-you-together spaces and keep local communities connected that drives him to continue building the Sanita's brand.

This passion for building teams and the entrepreneurial spirit has driven Michael to pursue additional opportunities including the co-founding of Brewer’s Star Distributors, a Colorado-based craft beverage wholesaler with the mission to care as much about the brands in their portfolio as the brands do themselves. As a true entrepreneur, Michael has his hands on several projects and is always looking toward the next innovative move. 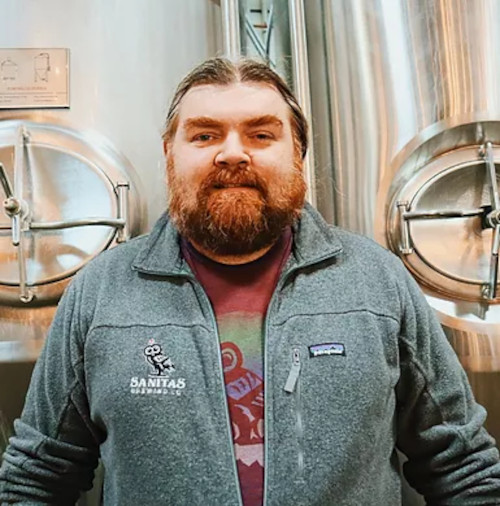 Chris learned the trade of brewing from his father at a young age. In his college years, he fell in love with the craft of homebrewing out of his dorm room. Experimenting with new beers and sharing them with friends quickly became his main hobby. After volunteering on the bottling line at Berkshire Brewing in Massachusetts when he had an epiphany: there are people in the world who make beer for a living.

He moved to Colorado and landed a job at Boulder Beer where he spent 11 years as a professional brewer. Chris always had an interest in crafting his own beers, so when the idea of opening a brewery came up with friend and coworker Michael Memsic, he was ready for the venture. In 2013, the Sanitas Brewing Company taproom doors opened.

Throughout his time as head brewer, Chris has brewed over 150+ beers in Sanita's brewhouse. He’s landed on 8 strong signature beers and 25+ seasonal and rotating offerings. Chris’ joy for crafting tasty, bring-you-together beers is stronger than ever as he continues to develop new recipes and make an impact on the craft beer market in Colorado.

Building Community, Through Patios and Pints
COME CHECK OUT THE BEST PATIO IN BOULDER!